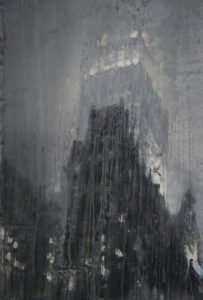 This exhibition of 10 large scale paintings by contemporary painter, Paul Ching-Bor reveals the artists daring exploration of watercolor, while expressing how the contrasting dark and light spirit of life in New York City has inspired him. These haunting images of buildings, bridges and tunnels are quietly intense in their bleakness. The dark and heavy surfaces interrupted by soft, streaked or radiant light, in these cityscapes demonstrate how Ching-Bor’s bold and dynamic approach to watercolor defies the naturally delicate and transparent qualities of the medium.

The art of Paul Ching-Bor makes us realize that real talent is indeed a very rare gift. This is an artist who observes the world around him and beautifully alters that world by pulling out and revealing the underlying substance of his subjects. No one can paint the city or capture its energy as remarkably as Paul Ching-Bor. The structures which define the city, its bridges and its buildings, in the hands of this extraordinary painter, possess a singular beauty. Perhaps one reason for his success is that he engages the viewer to be a part of his process by tempting us to navigate through the ethereal nature of the work, very much like that of the 19th century wizard, George Inness.

As I am coming home, returning from the “good old Europe”, I hear the rap music as soon as boarding the New York subway, then I realize I am once again in the zone of the “real world”.

As I am coming home, across the Hudson River, looking back from the Path entry of Exchange Place, the sculpture of the Katyn massacre and the main building of the WTC, in a straight line, referring to each other of the opposite shores of Hudson, each of them depicting a human tragedy. It intrigues me very much:  what is in people’s mind when they have confronted such a perspective?

As the water of Hudson runs down, and runs out to the open sea, I have such notion in my head:  the character of water — what goes around, what comes around.

As the moment when I relocated to NYC, I thought this was the place, with all the people coming from deferent places of the world, though having one thing in common — they did want some kind of goal in their life time, they wanted to make it here, that was the reason they came to New York. Searching, expectant, anticipating… so much for the purpose, we didn’t have such sense back home, we didn’t need a purpose to go on.  Without a purpose here, it seems no place for it.

After working with the water medium for decades, I have the parallel paradoxes in my thought; watercolor painting, work on paper, originally coming from the conventional stage of being delicate/romantic, then confronting it’s opposite environments today; and human as we are, coming from the nature of being fragile/vulnerable, then crash into each other in this ocean of human in our time. From the practice of water medium painting, thinking of water this giving element, how it etherealizes into air; synchronizes humanity through its transforming stages; and how it carries color pigment, makes its remark on the paper… in parallel notion to human lives.

A contemporary painter whose dynamic cityscapes represent a bold new exploration of the medium, Paul Ching-Bor was born in 1963 in the southern Chinese city of Guangzhou, the capital of the province of Guangdong.  At age twelve, he began his study of art at the Youth Arts Centre in Guangzhou.  He remained at the school for six years while attending high school.  He went on to study sculpture for two years at Guangzhou Fine Art University.  He spent an additional two years at the Jing De Zhen Ceramic Institute, in the Jiangxi province, where his training consisted of courses in academic fine-art techniques.

In 1987 Ching-Bor moved to Sydney, Australia.   There he focused on watercolors, portraying primarily the suburban neighborhood of Paddington, where his studio was located.  In 1990 Ching-Bor received a scholarship sponsored by Mercedes-Benz and awarded by from the Royal Agricultural Society for the study of fine art in New York.  In the following year he received the Overseas Study Travel Grant from the Rotary Club of Camberwell, Victoria, Australia.  For the next four years he saved money to insure that he would be able to prolong his stay beyond the scholarship’s term, and in 1996 he was able to realize a long-held desire to move to New York.  “When I first walked down the streets of Manhattan I was curious about the impact this strident city and the jostling crowds would have on my work,” Ching-Bor recalled.  “The structures, arches, and bridges immediately inspired me, and particularly suited my limited color palette.  My favorite colors are black and white, and I found I was able to tackle New York subjects in a very free way that, in the early stages, suggests abstract painting.”

Indeed, the art with which Ching-Bor finds the greatest connection is that of the New York School Abstract Expressionists, especially Franz Kline.  In the works of Kline, Robert Motherwell, Willem de Kooning, and other artists of the era, Ching-Bor found intriguing parallels with the theories of ancient Chinese scroll painters, a coalescence that has inspired his own personal blend of Eastern and Western approaches.  In response to New York, Ching-Bor’s art evolved.  He began to work on a big scale, using the largest and heaviest papers that he could find, in the thought of no compromise to the conventional watercolor’s principle. His process involves laying down the fundamental part of the painting, which is the structure of the work.  He then proceeds to glaze and splash paint on the paper until the image disappears.  When the work dries, “the image bounces back.” “Then I look at it again,” says the artist, “The remains from the dematerialization become the new materialization of the work…”

Through this method, Ching-Bor has reconsidered the qualities of watercolor that are often thought to be intrinsic to the medium, such as sensitivity, delicacy, and transparency.  According to him, his images are “not so transparent, not so spontaneous in some parts, and not so ‘watercolor’ anymore.  They are the substantial, developed face of watercolor painting.”  This approach is robust and dynamic; at the same time, the works have a quiet intensity in their melancholic and stark qualities.

Living in New York has suited what Ching-Bor has sought to express in his art, and he found the spirit of the city manifested in many of its facets.  “When I look at life in New York,” he observed, “I see people having come from another country or state and living in Manhattan for some kind of purpose. People are not living freely; they live for the ‘reason’.  The contrast between dark and light is so much a part of the experience of living in New York.”

Through painting urban ambiance, Ching-Bor has found a vehicle for expressing the city’s intensity, loneliness, ambition, and drive.  Lately the subject that has gripped him the most is the Queensborough Bridge at Fifty-Ninth Street and the East River, a short walk from his home and studio on East Seventy-Fifth Street and York Avenue.  Like John Marin, who painted dynamic, sparkling watercolors of the Brooklyn Bridge that expressed the vitality of New York from the 1910s through the 1940s, Ching-Bor uses the bridge as an expressive form.  However, for him, the bridge is less a symbolic motif than a plan or form that coalesces with his subconscious and direct responses to the city.  The dark, heavy surfaces, pierced with soft, streaked, and glimmering light, and the vertical thrusts, countered by plunging diagonals, are diagrams of the city as much as of the human psyche. “I have found my dialogue in the echoing steel structure,” he says.  “The heavy weight of the steel depicts the burden we carry.  The intricacy of the pylons is the conflicting issues in our society.  The haunting emotion behind the steel is phenomenal.”

Ching-Bor began his images of steel structures in late 1996.  These works are in tune with the rhythm of this time of defiance, tension, and gritty realism.  At the same time, they are self-referential, reflecting Ching-Bor’s very personal response to his surroundings.

Ching-Bor has participated in many exhibitions in Australia and the United States, and has been the recipient of many prizes and awards.   In 1999 he went to Turkey, where he created a group of works for a 2002 exhibition.  In 2000 a solo show of his work was held at the Butler Institute in Youngstown, Ohio, and in the following year, he was invited to take part in an artist-in-residency program in Salzburg, Austria, sponsored by Neuhaus Gallery, Salzburg, and Sparkasse Bank.  The works he produced on the sojourn were included in A New Vision of Salzburg (2001).

Paul Ching-Bor received a 2013 Fellowship from the New Jersey State Council on the Arts. 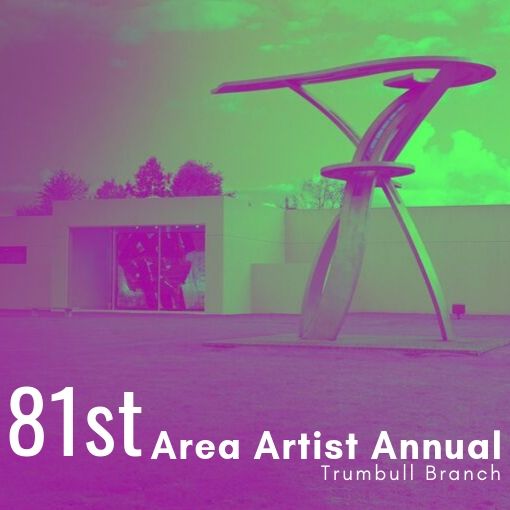 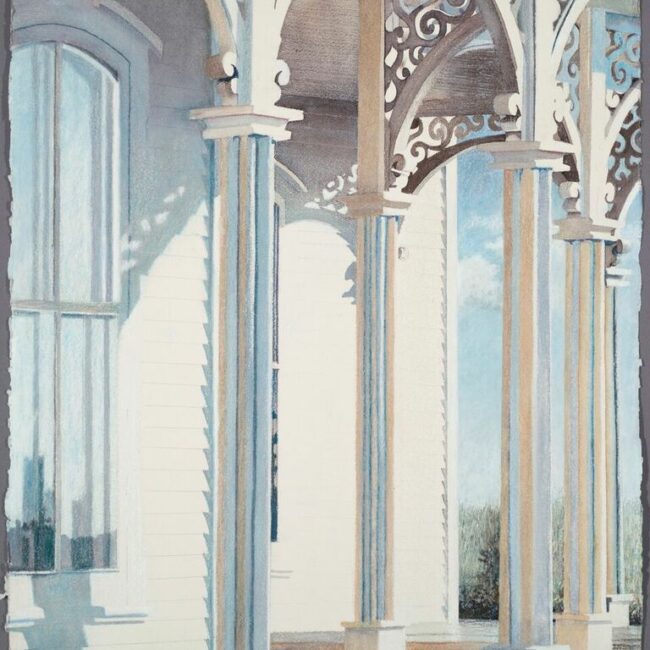 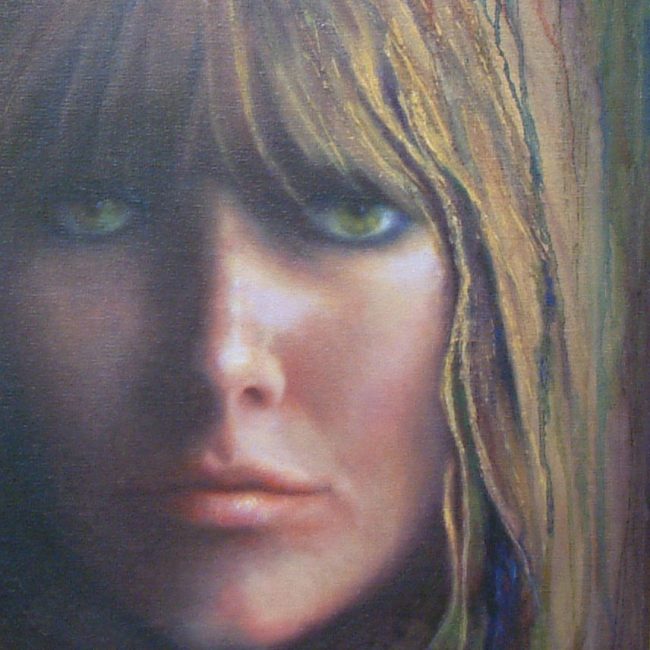