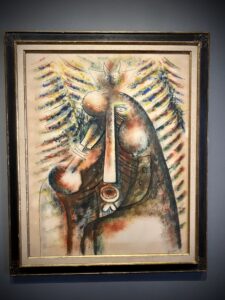 Since the Draime collection exhibition has been extended into November, and September is Hispanic Heritage Month, I would like to focus attention on a favorite Hispanic artist in that popular private collection. The Draimes loved the work of the Cuban born painter, Willfredo Lam. Lam’s paintings are all about organic forms and often represent animal and plants in a stage of disintegration.

Like so many artists of the early 20th century, the influence of Picasso’s cubism can be seen within the work of Lam. Note also that Picasso’s concepts of space are also seen in the paintings as is his later references to Surrealism. Andre Breton, the father of Surrealism, was taken with the work of Lam as was the well-known abstract Surrealist, Joan Miro.

Willfredo Lam, who was proud of his Cuban roots, is not as well-known as so many of his contemporaries, but he was greatly admired by many of the abstract artists of the day. He has been referred to as an artist’s artist. 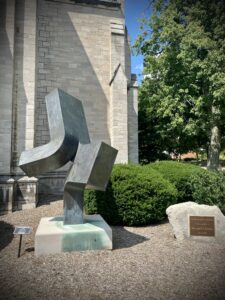 In front of Butler North (the former first Christian church) is a small but beautiful grouping of bronze sculptures including a work by the Australian American abstract sculptor, Clement Meadmore. What is particularly fascinating about Meadmore’s work is how he is able to twist and turn metal as if it is pliable rubber. These large metallic knot-like abstractions became well-known nationally in the 1960s (when the Minimalist period began which emphasized clean and simple forms). The movement was a response to a world predicting the digital age. In the end, the sculpture of Clement Meadmore presents Post-World War II three-dimensional art at its very best. The Butler is grateful to the Draime family which made the Butler’s sculpture area possible.

Thoughts on The Butler’s Midyear Exhibition

While the Butler Institute will always be known for its extraordinary collection of American art masterpieces, it is also known for its annual juried exhibition, the National Midyear Show, one of the oldest in the United States. We at the Butler are particularly proud that the Midyear has launched many art careers through the years. Artists from over 20 states are usual participants in this very fine exhibition of contemporary art. Visitors to the exhibit will note that a large percentage of entered works are exceptional examples of traditional academic realism. But we can also note that invariably the show presents an example of Photorealism or Hyperrealism. Overall, the Butler’s Midyear show is a treat for the eye and mind and an essential part of summer in Ohio.

The Private Collection of David M. and Cecile Draime 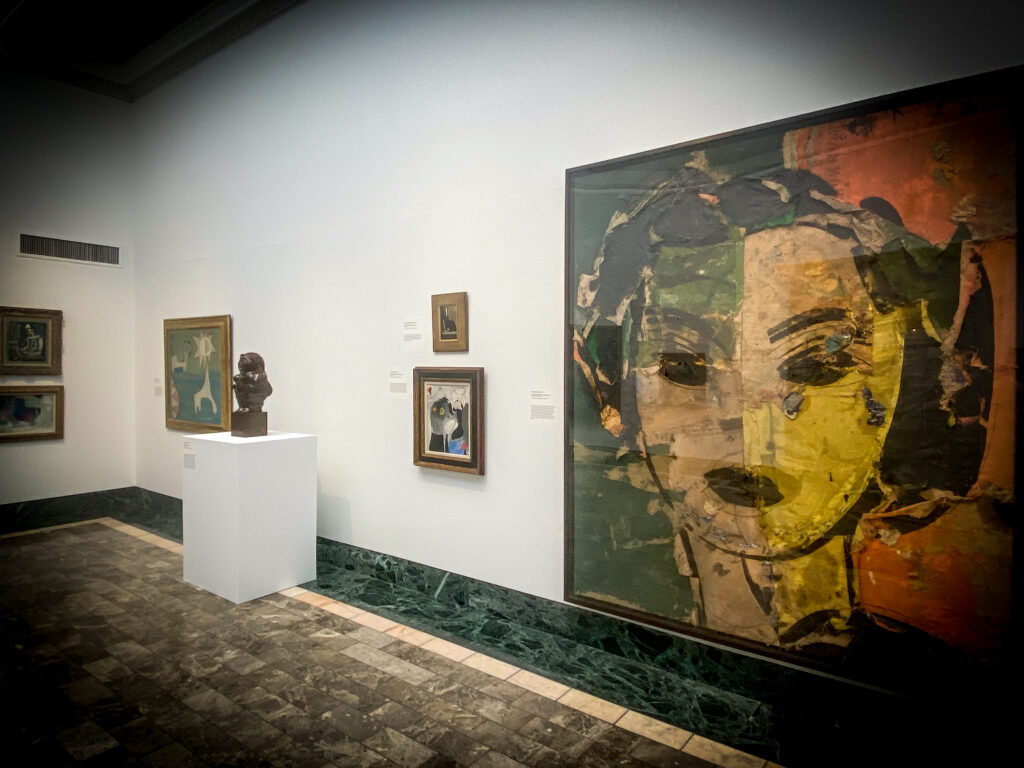 The private art collection of D. Max and Cecile Draime now on view at The Butler Institute of American Art includes many of the biggest names in world art, including choice works by American masters. Among the American stars are two members of the New York School, Robert Motherwell, and William Baziotes. Their art can be seen as highly charged abstractions that helped to define the American style of artmaking after the Second World War. Both men had participated in the Federal Art Project of the WPA before turning their attention toward emotion-based painting that became known as Abstract Expressionism.

Baziotes’ paintings often include organic shapes that appear to be floating in a void. Motherwell depends upon heavy applications of paint accompanied by intentional splashing and a distinctive black shape which dominates the rectangular canvas or board. One can also find in Motherwell’s color choice of dominant black, brown, and cream is somewhat reminiscent of the color markings of a variety of bulls. Motherwell’s work is often said to pay tribute to Spanish culture and the bullring, which is such an important element of that culture.

A hidden gem in the Draime Collection, installed in the second-level galleries of the Butler, is a classic painting by the Depression Era painter, Reginald Marsh, whose Walking Girl is so very typical of this influential artist and teacher. Completed in 1949, the Marsh painting, with its rich earth tones, offers a wonderful view of a favorite subject of so many artists of the period, the female form in motion.

The post-world-war American art, as seen in the Draime collection, would ultimately impact European art in a big way. Remember that for generations, the opposite had been true, when Americans looked to Europe for inspiration. This distinguished collection speaks volumes on the success of American art and artists at mid-century.