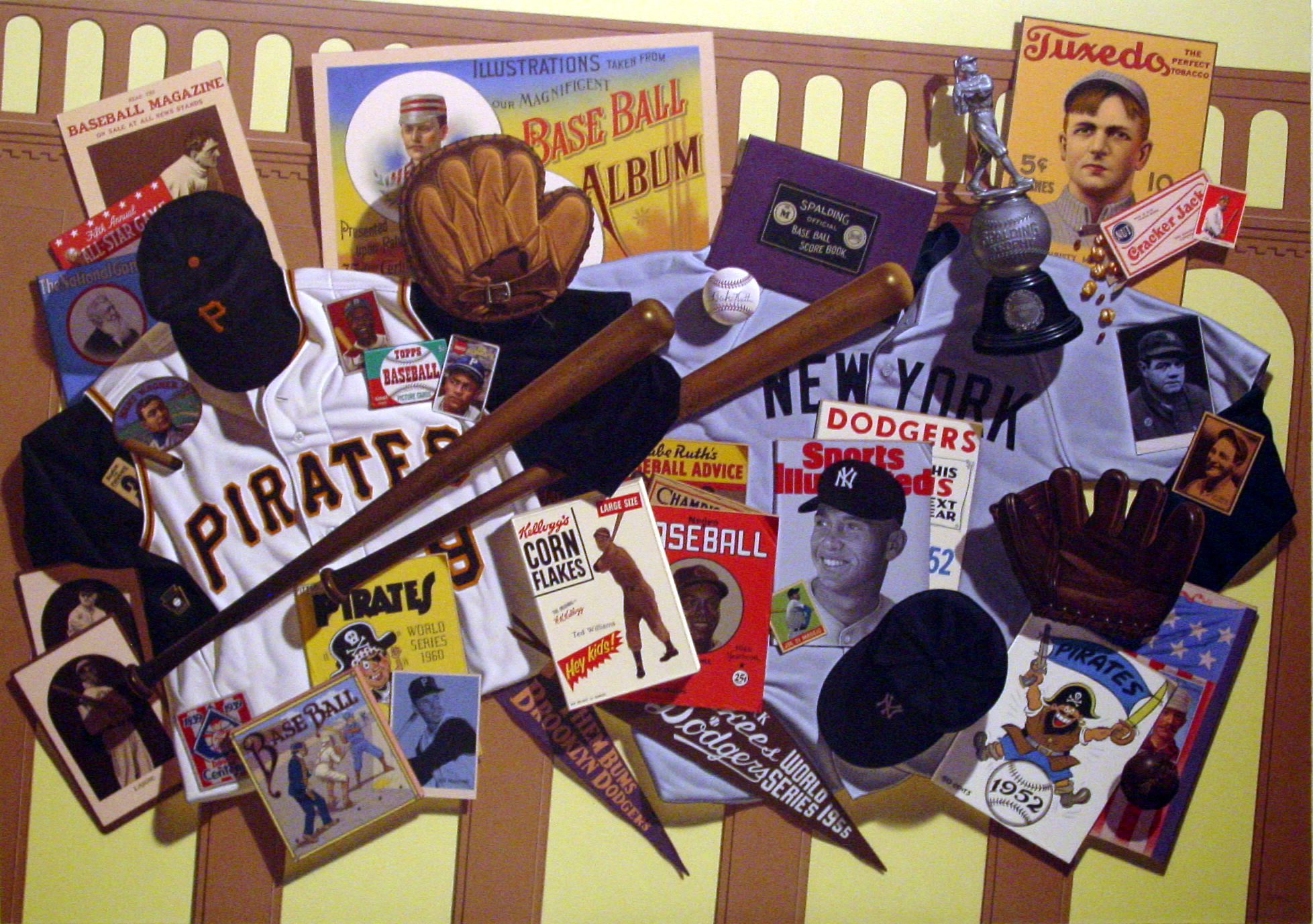 Gary Erbe’s work is so often associated with the tradition of American trompe l’oeil painting that there is danger of not seeing it as a legitimate advancement in the art of contemporary narrative painting. Clearly , his work pays homage to the earliest practitioners of this approach to still life painting – Harnett, Peto, and Haberle. Yet Erbe’s work clearly is less about fooling the eye than it is about engaging the viewer on multiple levels. He has said of this, “Categorizing my paintings as only representative of trompe l’oeil would be inaccurate and elementary…although I am totally devoted to realism, I am not dedicated to the tradition of realism.” Realism is to Gary Erbe but a language he has chosen. “I am essentially a storyteller, a messenger who delivers messages through his art. I also strongly believe that a work of art should be open to self-interpretation.”

The subject matter that he explores are themes covering the breadth and depth of the human experience, including the uniqueness of American popular culture. Such explorations have included a number of paintings dealing with the sport of baseball, which has been called America’s pastime. The monumental work, Baseball Album, represents Gary Erbe at his very best. The work’s subject is baseball history going back to the roots of the sport. Depicted are the earliest baseball cards from the classic Honus Wagner and Jackie Robinson, to the historic magazine covers featuring such legends as Christy Mathewson and Shoeless Joe Jackson. Included as well are images of Ted Williams on an early Corn Flakes box, and anniversary editions of the magazines of the Golden Age of Baseball covering the careers of such era stars as Mickey Mantle and Ernie Banks. The images of Babe Ruth and Lou Gehrig are included to recognize what is known as the greatest baseball team in history, the 1927 New York Yankees. Other elements associated with the game are the autographed bats that include the famous Joe DiMaggio model, which is so life-like that viewers need to remind themselves that the autograph is painted on the bat and not burned into the wood. Gloves, an autographed Babe Ruth baseball, bubble gum wrappers, trophies and even Cracker Jacks are included to round out the theme. But above all, we see that the artist is paying special tribute to one of the most celebrated World Series in the history of baseball – the 1960 New York Yankees vs. the Pittsburgh Pirates. The star of the game was Pittsburgh’s second baseman, Bill Mazeroski, who is pictured in the lower left hand section of the painting beneath the series program. The most prominent aspect of the composition are the jerseys of the two teams, with the Yankee traveling grey set against the home team white Pirate shirt. Of special note is the artist’s care to include every stitch and imperfection of the fabric in the uniforms. In that the entire composition, created in a shallow space in which the overlapping of mostly geometric shapes occur, we can see the artist’s understanding and appreciation of Cubism.

Gary Erbe never takes a shortcut. He orchestrates every aspect of his work, leaving nothing to chance. His process involves meticulously organized and crafted assemblages which serve as the models for the paintings. Even the frames are conceptualized and designed by the artist. The craftsmanship of the frames is overseen by Erbe so as not to vary from his original vision, and is meant to enhance the painting.

Gary Erbe was born in Union City, New Jersey. In 1965, he began his pursuit of a career as a painter and the fact that he is self-taught seems almost unfathomable, given the highly technical nature of his work. The discovery of the trompe l’oeil painters would have a most significant impact on his work and provide a source of inspiration to him. By 1970, he was able to work full time as an artist, and over the years Erbe has produced works of such significance that they can be found in many of America’s most important private and public collections.