National Hispanic Heritage Month started with President Lyndon Johnson in 1968 and was expanded during the Ronald Regan Administration. It was enacted into law on August 17, 1988, on the approval of Public Law 100-402. From September 15 – October 15 we recognize the contributions and the important presence of Hispanic and Latin Americans in the United States. Hispanic Americans make up more than 60 million of American population making it the largest minority group in the United States.  U.S. government celebrates the countless contributions of Hispanic Americans in culture and society. This virtual exhibition spotlights some Latin American artists in The Butler Collection. The works by Hispanic American artists permanently on display physically throughout the museum are also highlighted throughout the month of October. The influence of these artists on American art and artists worldwide is both evident and undeniable. Works that can be seen on permanent display throughout the museum are:

Robert Graham is best known for his figurative sculpture. This Mexican American artist was responsible for several memorials all over the U.S. including the Franklin Delano Roosevelt memorial in Washington DC and the boxing champion Joe Louis monument in Detroit Michigan which features a larger than life black fist. In 2008 he was inducted into the California Hall of Fame by Governor Arnold Schwarzenegger and First Lady Maria Shriver. Ms. Giffuni is an important benefactor of the museum whose name is dedicated to the pastel gallery on the museum’s second floor.

Spanish born; Esteban Vicente attended the Real Academia de Bellas Artes de San Fernando in Madrid. His influence from the old masters, El Greco and Velázquez drove his creativity. In 1936, he moved to New York City to immerse himself in artistic culture where he was represented by Sidney Janis Galley and Leo Castelli. He became one of the first-generation abstract expressionist artists at The New York School. He was presented with Spain’s Gold Medal of Honor in the Fine Arts in 1991. Museo de Arte Contemporáneo Esteban Vicente opened in Spain in 1998, a museum devoted exclusively to his art.

One of the most prolific artists of the 20th century, Dalí’s fantastic imagery and flamboyant personality also made him one of the best known. His most significant artistic contribution, however, was through his association with surrealism. Born in Spain Dalí was creative from a young age and attended The San Fernando Academy of Art where he was later expelled for refusing to allow his instructors to examine his work in the theory of art. His exploration of surrealism came after spending time in Paris with the leader of the movement, André Breton.

This bronze was Dalí’s first sculpture of the ‘knight with the sorrowful face’ and shows Don Quixote seated on a simple chair in a country inn, reading about the exploits of his heroes which fuel his dreams and adventures.  Dalí portrayed the characters from Cervantes’ masterpiece many times in drawings, watercolors, and engravings. After fleeing to America during WWII he gained several opportunities to use his art in American mainstream pop culture working with Alfred Hitchcock and Walt Disney.

Dalí’s helmeted Victory showing Perseus holding high the head of Medusa, the Gorgon whom he has just slain, is directly inspired by his admiration for the masterpiece created by Benvenuto Cellini, which he saw during his many trips to Florence. During the 1960s Dalí pivoted his focus on religious painting and was later awarded the distinguished Grand Cross of the Order of Isabella The Catholic.

In Greek mythology, the Gods on Olympus had two winged messengers whom they used to issue their orders and made known their desires:  Hermes and Triton. Triton was the son of Poseidon and the sea-nymph, Aphrodite, Gods of the sea and of rivers and fountains. The modeled body of Triton, metamorphosed in Dalí’s hands, shirks any reference to the human anatomy to better convey the tumultuous motion of the sea. The work of Dalí lives on in St. Petersburgh Florida at The Dalí Museum. “Someday I may die, though it is unlikely, I hope the people in cafes will say, ‘Dalí has died. But not entirely.’” – Salvador Dalí

Castellón was a mostly self-taught printmaker who came to the United States in 1921. He is known as one of America’s first surrealist artists. Growing up in Brooklyn most of his childhood the artist decided to return to Spain in his twenties. He met Mexican muralist, Diego Rivera early on with whose relationship led to his first solo show at age 18. He spent time in New York painting murals in Rockefeller Center.

In 1935 Castellón displayed work in Paris alongside famed Spanish artists; Pablo Picasso, Juan Gris, and Joan Miró. Just one year prior to this exhibition he was awarded a four-year fellowship from his home country to study art in Europe.

In 1943, Federico became an American citizen and served in the American Army. He then taught successively in New York City at Teachers’ College of Columbia University, Pratt Institute, and Queens College.

Originally from Venzuela, Gregory Strachov, works primarily in watercolor. His initial studies in Biology and Chemistry, granted him degrees in both fields, but his painting education came later when he attended the Pratt Institute to receive his undergraduate art degree which was granted to him in just one year. Holocaust was a product of his self-described ‘Dark Period’ which took place during the loss of his grandmother and father. This painting was based on stories told to him by his beloved grandmother.

In 2011 Gregory was awarded the Gold Medal for Lifetime Achievement in Art by The Butler Institute of American Art, an award also received by John Singer Sargent and Robert Rauschenberg. “Painting does not always happen. Sometimes I go through long stretches of time without touching a brush. These can be difficult times, but they are important, because this is where new paintings are born. When I paint, time disappears. The concentration level is so intense that I often find myself watching my hands paint as though I were a spectator. The painting seems to happen by itself.” – Gregory Strachov

Ayaso is known for his surreal and dream-like imagery. He immigrated to the United States in 1947, and established citizenship in 1955. From 1953 to 1956 he studied in Madrid at The Newark School of Fine and Industrial Arts. His paintings hold space in collections of The Whitney Museum of American Art, The Pennsylvania Academy of the Fine Arts and many more.

At age 15, De Diego left his home after discovering his father had destroyed ‘every drawing in the house’. He soon sold his first painting in a casino. After immigrating to America, he produced scenery for opera productions and began worked as a fashion illustrator in Chicago. He served for two years in the Spanish calvary. In 1924 he threw entire life savings from the observation deck of the Woolworth building, the tallest at the time, in New York City claiming he wanted to start from scratch. He painted murals for the Works Progress Administration (WPA). In 1946 he participated in an exhibition titled Modern Handmade Jewelry at the Museum of Modern Art in New York City. He was known by friends to dress flamboyantly and smoked cigarettes constantly.

Known as one of the first Cuban surrealists Serra-Badué is sometimes referred to as the God father of Cuban art in exile. Before his exile to the United States he was the youngest member of the Art Students League of New York and a recipient of two Guggenheim Fellowships. Most of his work draws on his Cuban Heritage, and what he was forced to leave behind after exile.

Gonzalez is mostly known for his mural paintings and sculptures many of which were done in public spaces. He began studying art at age 13. In 1922 he worked on the Iowa railroad a s a draftsman. He went on to study at The Art Institute of Chicago where he designed window displays at a department store to support himself. He was granted US citizenship in 1931. He taught at The Brooklyn Museum and Case Western Reserve University. His teachings continued at Newcomb Institute at Tulane University in Louisiana where he met artist and his student, Ethel Edwards, whom he married four years later. In 1966 he illustrated a children’s book titled ‘He Who Saw Everything, The Epic of Gilgamesh’ by Anita Feagles.

Zuñiga began to create art at the age of 15, mentored by his father. His work was influenced by that of Auguste Rodin and Henry Moore as well as Aztec sculpture. While his sculptures are most notable, his drawings and lithography prints were essential in his studies for three-dimensional works. Although he did not make his first print until the age of 60. His emphasis on volumetric female figures is most notable in both two and three-dimensional works. Zuñiga’s figurative work was preferred to him because he felt that “the human form was the most important aspect to the world around him.” In 1935 at the Salón de Escultura en Costa Rica he won an award for a stone sculpture titled La Maternidad, but the sculpture caused controversy and the award was later rescinded by the Costa Rican Government. He met Elena Laborde, a painting student, during his professorship at the Academy of Fine Arts La Esmeralda in Mexico City. They married in 1947. In 1986 he became a Mexican citizen. His public sculptures make up more than 38 works around the world including Mexico and Japan. When Zuñiga fell ill close to the end of his life he became blind and began to work exclusively with terracotta to be able to continue his art by feeling rather than seeing.

“Zuñiga’s art reflects a love and respect for Central American people and traditions. In 1972, he created his first lithograph. As a complement to his emotionally powerful sculpture, Zuñigas’s paintings are intended to articulate the sensitivity and sensuality of the human figure.” – Taos Gallery 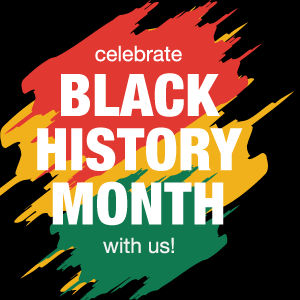 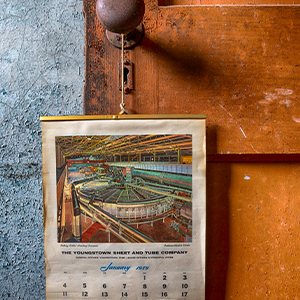 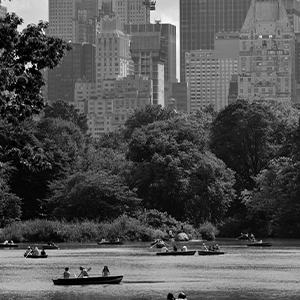 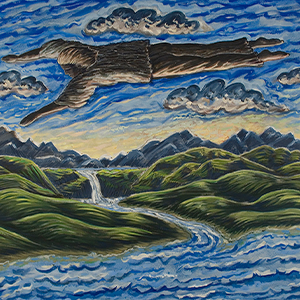