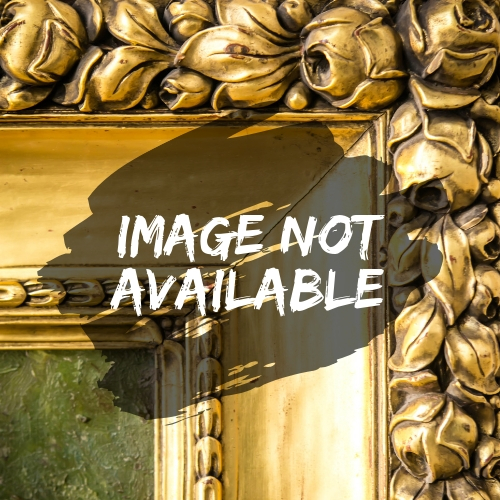 Pennsylvania Coal Town is a relatively late work of the shadow and color master Edward Hopper. You can hear the echoes of loneliness and isolation, a prevalent theme in many of his works (Nighthawks, Hotel by a Railroad, Automat, for example), in this depiction of a man raking leaves outside his home.

With a few deft strokes of the brush, Hopper’s man can be seen gazing off at something beyond our view—capturing a place and time which conveys stillness, solitude, and an eerie silence. Although his realist work is known for its expert composition, his studies as a young man of Early Impressionism while in Paris created the foundation that made his light, shadow, and color famous.

Hopper’s work was influenced by the Early Impressionist’s grasp of sunlight and the intense use of bolder, lighter colors. Early Impressionists celebrated solid forms and crisp edges, which Hopper very clearly employs in all of his paintings.