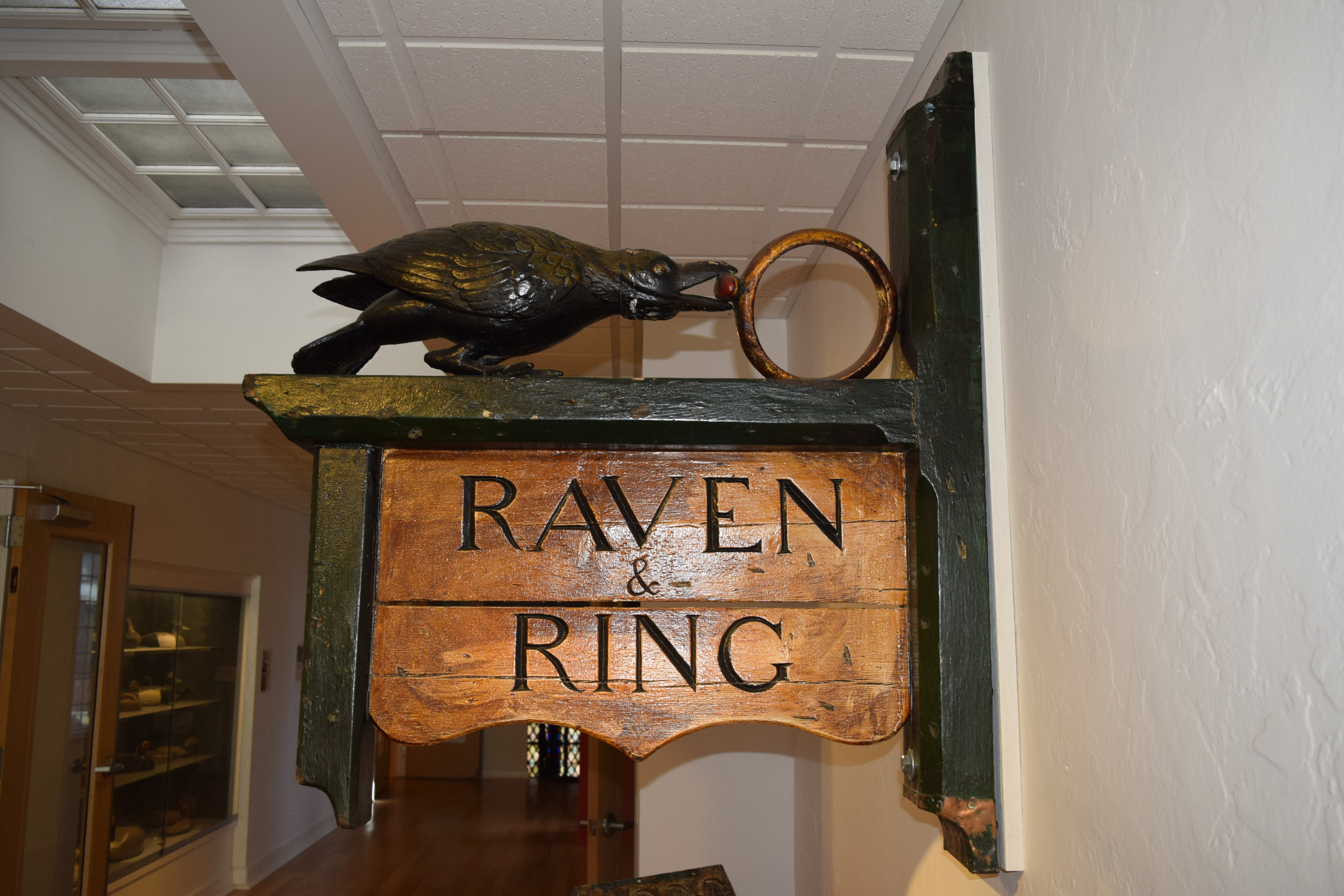 Authentic figural trade signs are recognized and prized as American folk art. They have been collected, admired and displayed in museums since the 1930s. Because of their popularity among collectors and use in interior design, original trade signs command high prices. Low wage workshops in Indonesia, the Philippines and other Asian countries have reproduced some of the most desirable figural designs for the decorating and gift trade. Over the years many of these new pieces have been filtering into the antiques market.
Cigar store Indians and other trade figures carved in wood have been reproduced since the mid-20th century and have been covered elsewhere. This article will focus on the metal figural signs first appearing in the mid 1990s.

America’s figural trade signs descended from the tradition of English inn signs. Throughout Britain, colorfully painted figures and symbols, helped the mostly illiterate customers connect a particular inn with a name like Red Lion, Blue Boar or King’s Crown. This custom was carried to the American colonies where it was continued and expanded to many other business activities by necessity.

Colonial merchants, for example, could not afford the large sheets of glass for large store windows to display their merchandise. Customers could not see much through the many small panes of glass in most store fronts. Lettered signs were of little value due to the low literacy rate and the constant flood of immigrants who spoke many different languages. Early streets had names but not necessarily street numbers making a business hard to find by address alone. That’s why American merchants–like British inn owners– turned to symbols to tell shoppers what goods or service they offered for sale.

Figural trade signs were common sights in large cities from late 18th century through the first quarter of the 20th century. As literacy improved and immigration slowed, lettered signs became more practical. Electricity allowed shopping after dark and figural trade signs, no matter how brightly painted or detailed, were invisible at night. Incandescent lights and then fancifully shaped neon made brilliant displays 24 hours a day and quickened the end of the simpler signs. Figural trade signs in use today are generally more noticeable as a curiosity than as a practical way to promote business.