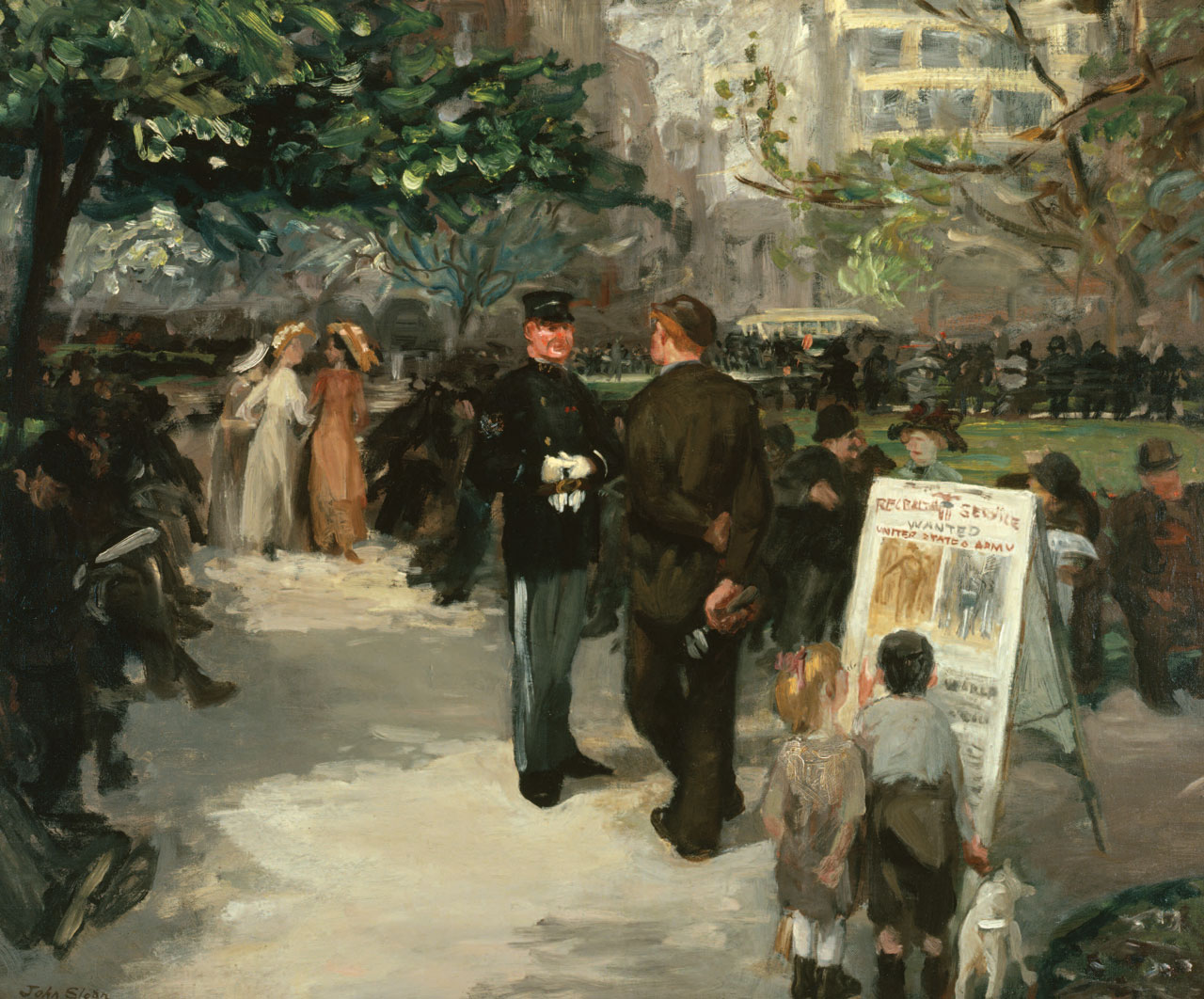 Perfectly showcasing John Sloan’s talent for storytelling through painting, Recruiting in Union Square follows the New York Realism aesthetic while delivering a slice of New York life. This realist approach of depicting common street scenes and intentionally de-romanticizing its subjects, was to become the prototypical style of Sloan.

Of this piece, the artist wrote that he, “loafed about Madison Square where the trees are heavily daubed with fresh green and the benches filled with tired bums.” After mulling about this scene for several days, Sloan finally began his painting of a city square where Army recruiting signs stood among several vagrants who he called “bench warmers.”

Although he claimed he tried to keep his political views out of his art, Sloan painted Recruiting a mere six months before becoming a member of the Socialist Party. Perhaps it was this pursuit of personal freedom that ultimately encouraged Sloan to become a member of Henri’s infamous group known as “The Eight,” who rebelled against the popularity and academia of The National Academy of Design.