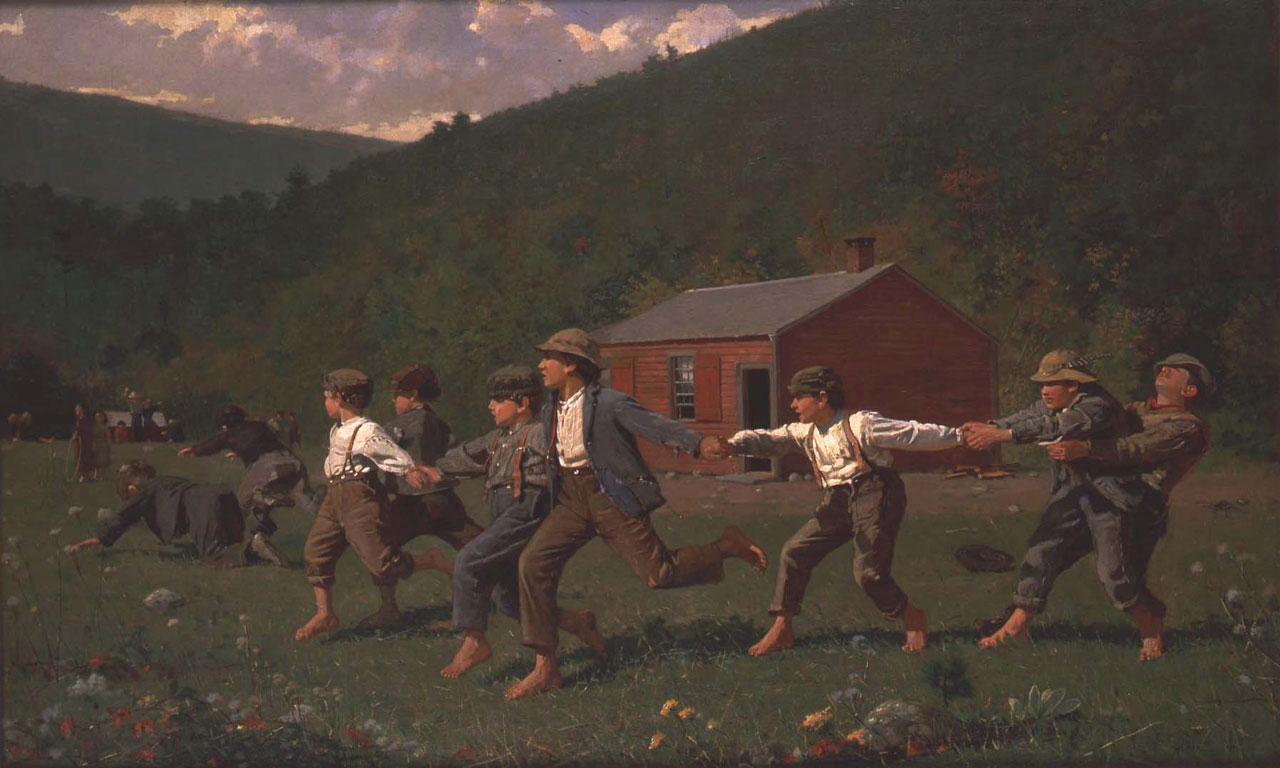 Winslow Homer’s Snap the Whip first premiered to wide acclaim at America’s first world’s fair: the 1876 Centennial International Exhibition in Philadelphia. At that time, the painting was already four years old and had gained quite a bit of interest locally. The agrarian imagery was particularly poignant at the World’s Fair against its overtly modern sensibilities.

The post-Civil War work of Snap the Whip harkens to a wistful yearning for the simpler days of rural, agricultural life, as symbolized by the little red schoolhouse. Days before the Civil War tore at the fabric of American culture. In the aftermath of such an abominable war, the rise of city-based life encroached and suffocated the bucolic society that represented all that most Americans knew at that time.

Children were a popular subject in post-Civil War art and literature.  The Butler’s Snap the Whip perfectly captures the youthful exuberance of a nation reborn. As the country sought to heal wounds left by the war, the push-pull of the boys’ game powerfully mirrored the nation’s own journey through the tumult; torn asunder while still clinging to stay as one.

Winslow Homer’s Snap the Whip is the heart and soul of the Butler’s collection. Purchased in the inaugural year of the museum, the founder associated the painting with his boyhood friend, William McKinley.