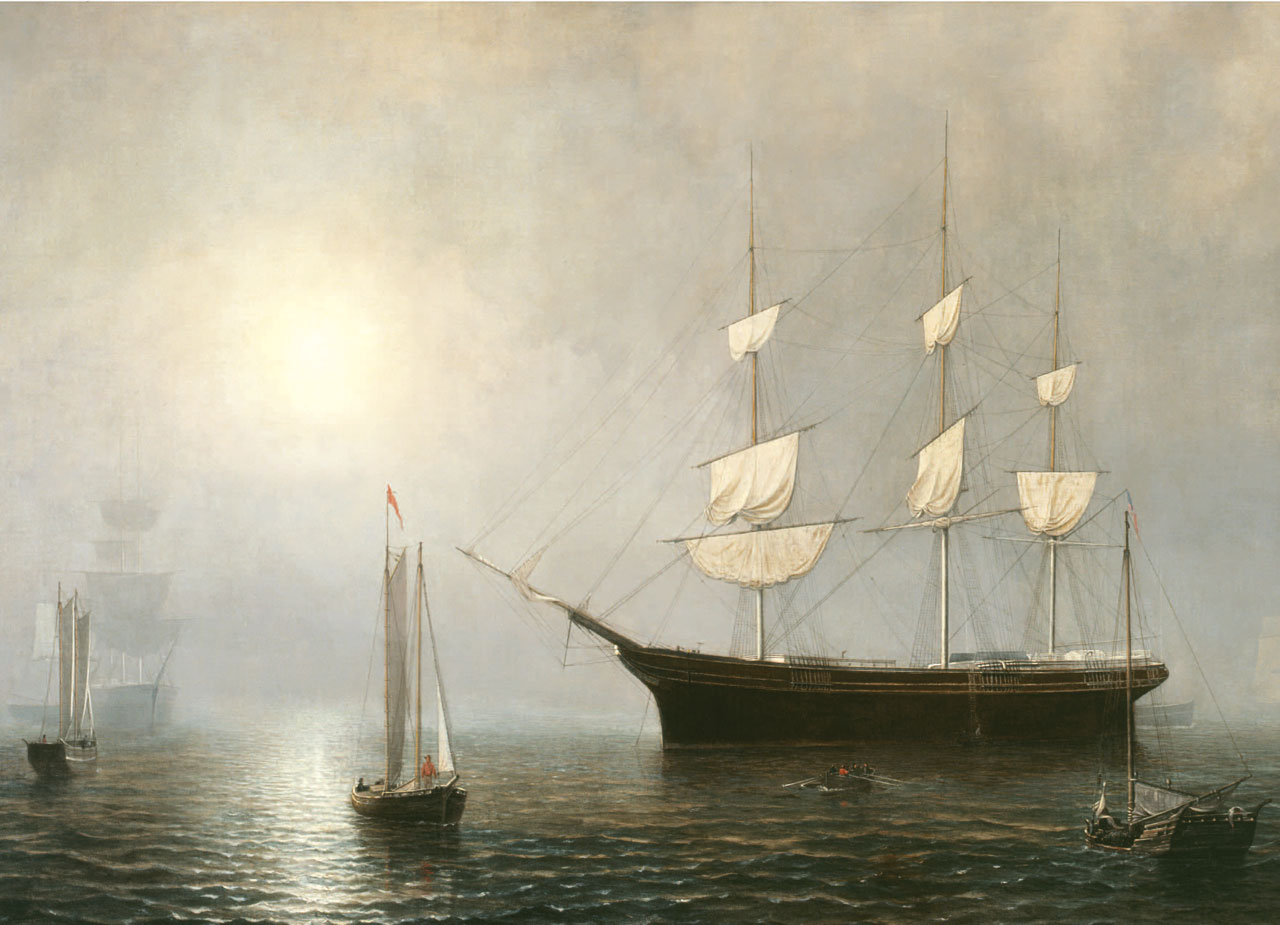 Starlight in Fog is the second of two paintings depicting the same vessel. Starlight in Harbor was the first and was painted in 1855. The artist, known as both Fitz Henry Lane and Fitz Hugh Lane, had changed his name from Nathan Rogers Lane (perhaps to differentiate him from the painter Nathanial Rogers) was famous for his remarkable ability to render light with oils.

This style of Luminism, which often portrayed natural scenes, was a way of painting without showing brush strokes. Luminism produced the effect of quiet, radiant light, which was often associated with the Transcendental movement of Emerson and Thoreau. While the two styles are not formally linked, both are uniquely American.

As a child, Lane suffered paralysis of his legs. Some theorize that because he was often in solitude and unable to run about and play with other children, it was only natural he should discover his talent for drawing. This physical limitation, along with his family’s maritime livelihood (his father was a sail-maker), allowed Lane to draw inspiration from the sea port.