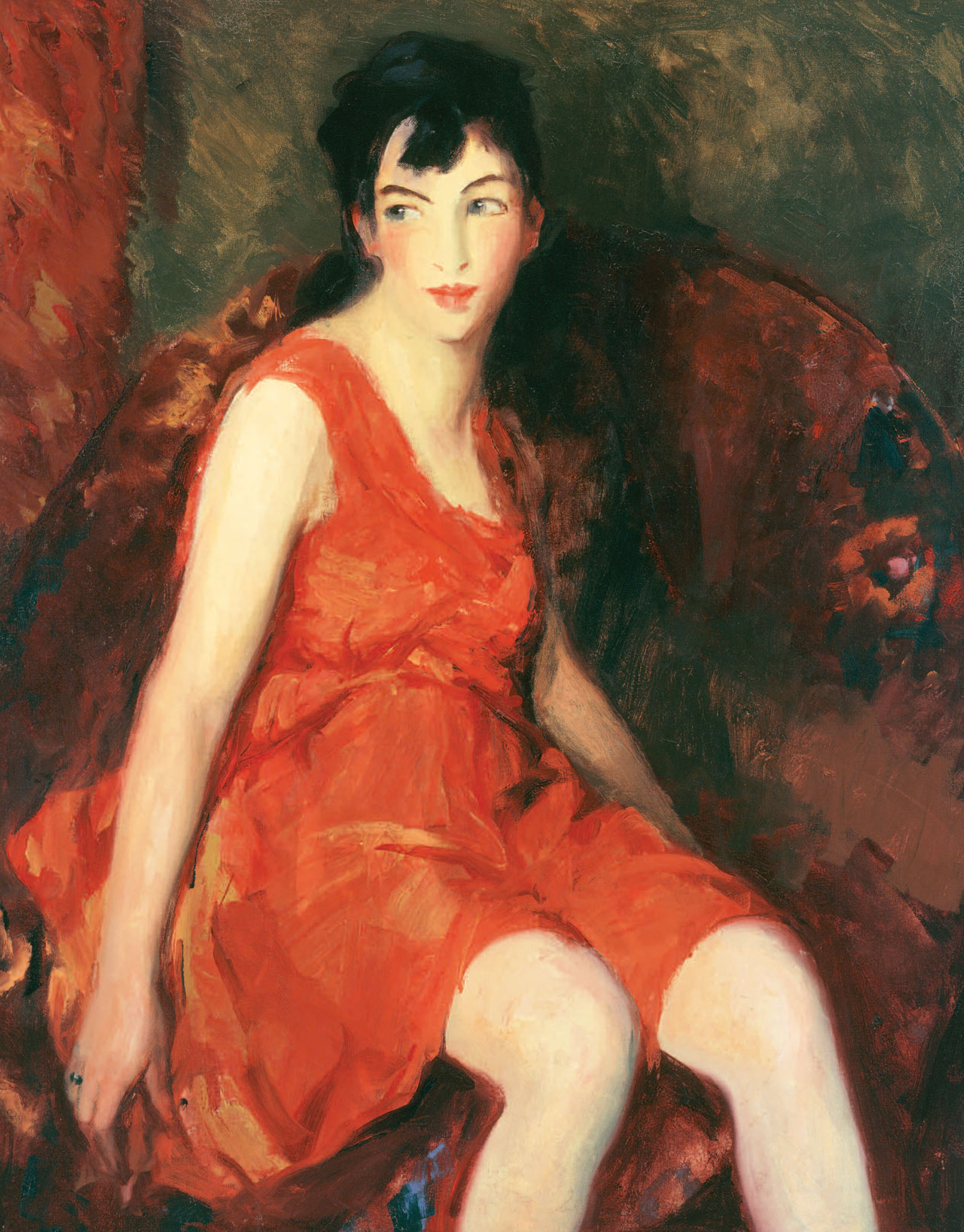 A girl in a brightly colored red dress, wearing a candid expression, and showing her bare knees. The Little Dancer exemplifies Robert Henri’s unique aesthetic, which he coined the Ashcan School. The painting is among the less gritty of his works but stays true to his belief that art should portray the everyday. This outlook rejected the artificiality of the more polished works of the time and became a unifying principal of the Urban American Realism—borne out of the brave brushstrokes of artists like Henri.

The founding of member “The Eight,” Henri led a contingent of artists that included “Philadelphia Four’s” Glackens, Luks, Shinn, and Sloan. In 1908, The Eight forged a new movement independent of the popular Academy-accepted art by organizing a rebellious, independent exhibition of American artists. This was unheard of in the world of art, and so, became one of the more influential artist-led movements in modern art history.

Henri believed artists’ work “should be a social force that creates a stir in the world,” and instilled the values of individuality and freedom of expression in his pupils such as Edward Hopper, Rockwell Kent, Bessie Marsh Brewer, and Lillian Cotton. This belief, along with his own mature style, led Henri to be called by some as the father of American independent painting. He would also be inspirational in establishing the Armory Show of 1913, which introduced modern European art to Americans.