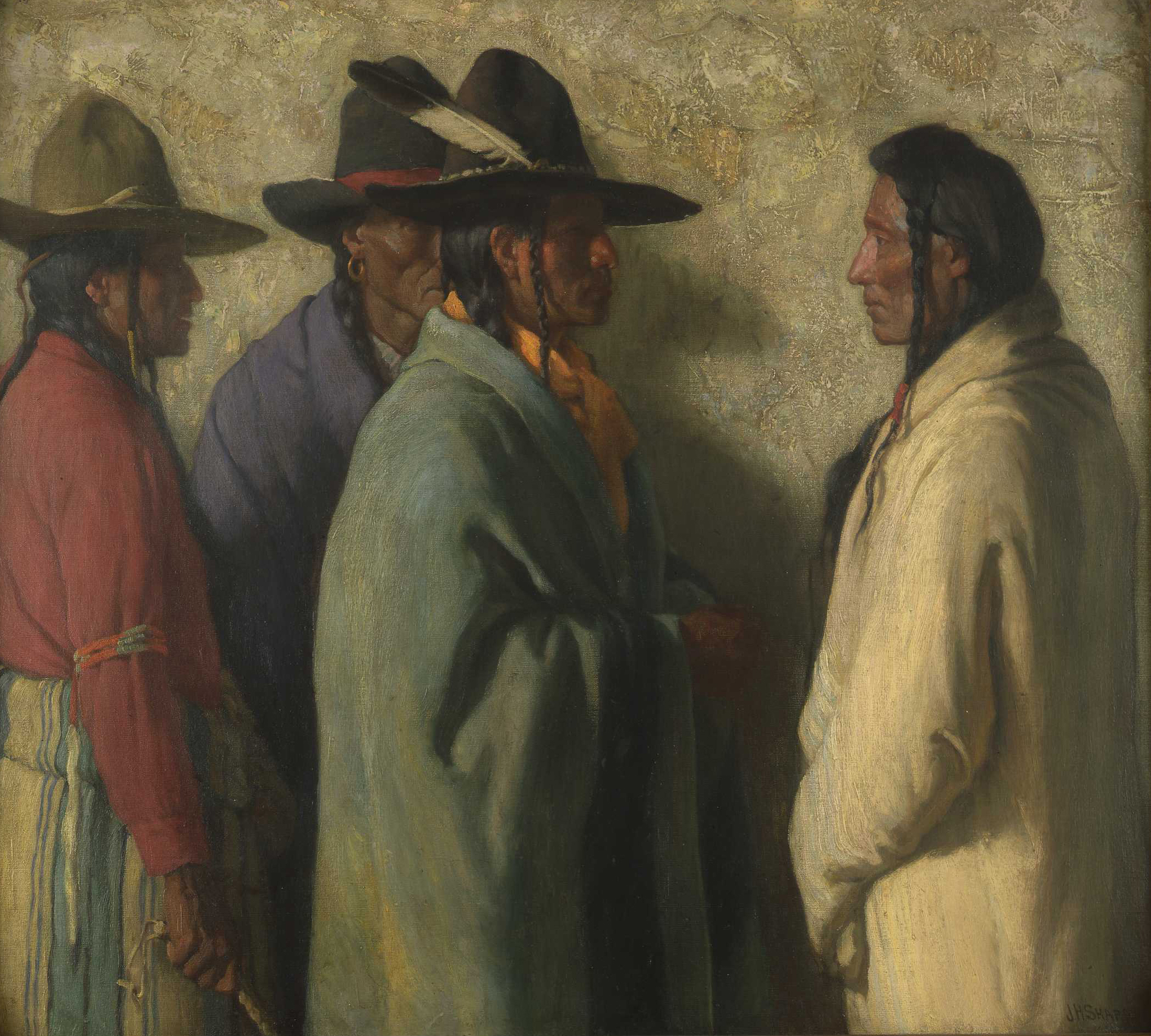 In the field of the fine arts, as in nearly every other in which pure American feeling is expressed, we sooner or later find the Indian as the subject matter, whatever maybe the medium of composition, be it music, art or literature. It is through the art of painting or sculpture, however, that people receive the most distinct impression of the nature of the Indian.

J.H. Sharp’s power of draftsmanship is fundamentally responsible to his real success as a painter of Indians. Some men paint as well as Mr. Sharp, but few of our Indian painters can come anywhere near him in drawing. It is this that gives his work a sureness and snap that makes it so convincingly sincere.

It is the portraits of Indians that the artist rises to his greatest heights. He is essentially a magnificent portraitist, and to be convinced of this, one has but to look at his “Young Chief’s Mission” which, it seems a Mr. Joseph G. Butler has had the rare discrimination to snap up for the museum at Youngstown. We do not wish him any bad luck with his prize, but it does seem a pity that we could not have had such a picture given to our own museum, because it is about the best thing Mr. Sharp has done, and because Mr. Sharp belongs to Cincinnatti. 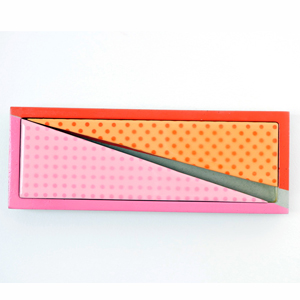 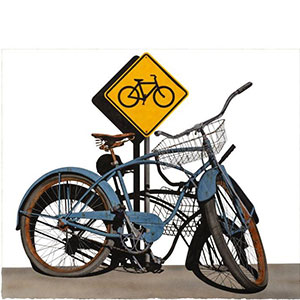 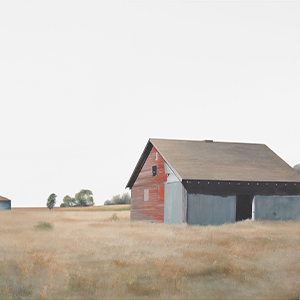